Beginnings (Or: On the way to DC memorials)

As mentioned previously, Marco and I recently returned from a trip to Washington, DC and to Indianapolis (for the Thanksgiving holiday). One interesting thing I that I didn’t know about was the Zero Milestone near the fence in front of the White House. 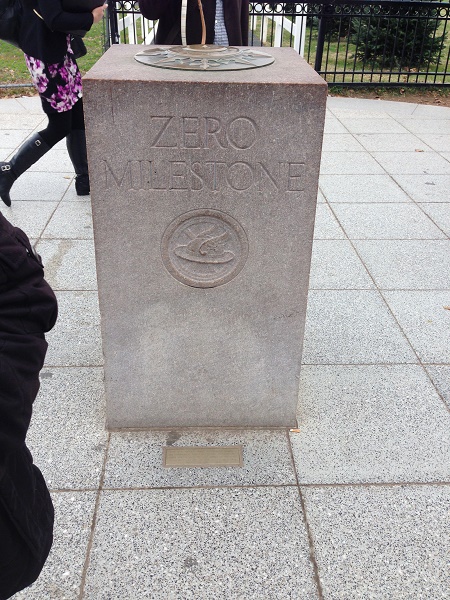 The Zero Milestone was a marker originally conceived to be the milestone from which all road distances in the US are measured. This never came to be (only the roads in Washington DC are measured from it currently). Which makes sense as the milestone is on the east coast of the country and not in the Midwest, a more logical starting point.

Nearby you have the Korean memorial, a memorial which contains a mural wall with images of the troops who served during the war as well as 17 statues which represent a squad on patrol, walking in a thick green brush at their feet. 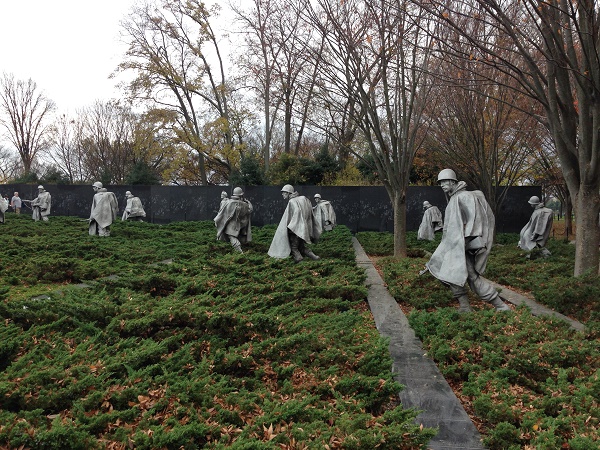 After that we visited the Martin Luther King, Jr. memorial. This memorial was recently finished in 2011 so it was the first time I had seen it. It stands taller than life. I didn’t crop the woman in the picture so that you could get a sense of its height:

Two facts about the memorial include the dedication ceremony being delayed due to the arrival of Hurricane Irene as well as the paraphrase of a quote which was later removed.

We were not able to see it up close, but directly across from the memorial to Martin Luther King, Jr. is the Jefferson memorial.

The water looks very cold and uninviting in the photo. It was a windy day.