Fireworks (or: Blowing up a small piece of the country)

One of the cooler New Year’s Eve (oudejaarsavond, lit: old year’s eve) traditions is setting off fireworks at midnight. When I visited last year in December 2010, the Dutch spent about 65 million euros on fireworks (vuurwerk, singular and plural form). This year it was estimated to about 70 million euros. 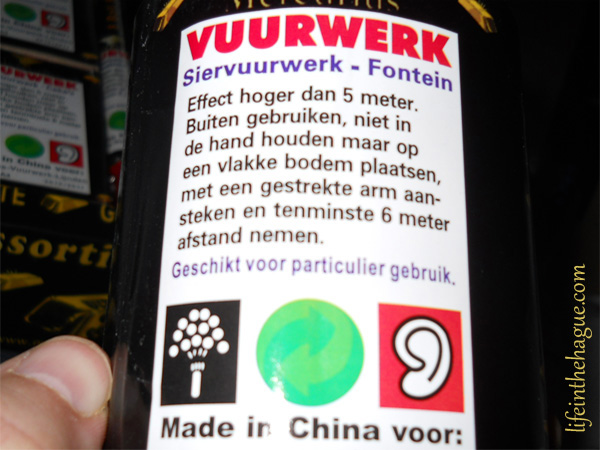 part of the set of ground fireworks we purchased

The only way I could describe it in the part of the Hague I was visiting was loud, unexpected noises at every turn, huge flashes, and the need to be very, very careful.

Because there could be unexpected surprises around every turn…

a burning couch on a random street corner

Fun facts: the country’s entire public transportation system shuts down around 8PM that night to avoid issues. Mailbox openings are closed off to prevent “incidents” with lit vuurwerk being placed inside. Christmas trees used to be collected before New Year’s, but now residents are asked to keep their trees inside until after that date, because enterprising souls would take them and burn them on oudejaarsavond.