Flowers in Albert Heijn (And: Free tulips yesterday in Amsterdam)

A touch of color enters the world…

Even though it is only January, sometimes it can feel like spring. Especially in Amsterdam! Yesterday was National Tulip Day, the third Saturday in January. It’s the official begin to the tulip selling season, and to celebrate this the tulip growers bring 200,000 tulips in crates to the Dam Square in Amsterdam. Once everything is set up around 1pm, anyone can enter and get pluck a bouquet of tulips for free. Expect to stand in line for a few hours, though! After about 3 to 4 hours, all tulips have been plucked.

First, a link in English, with a stunning time-lapse video from 2015, including the setup. And a link in Dutch, with photos of 2017 Nationale Tulpendag, including photos from above which show the overall design. I find it a nice touch that the design for 2015 is different than 2017.

Speaking of tulips, I took some photos of flowers on sale at an Albert Heijn in The Hague: 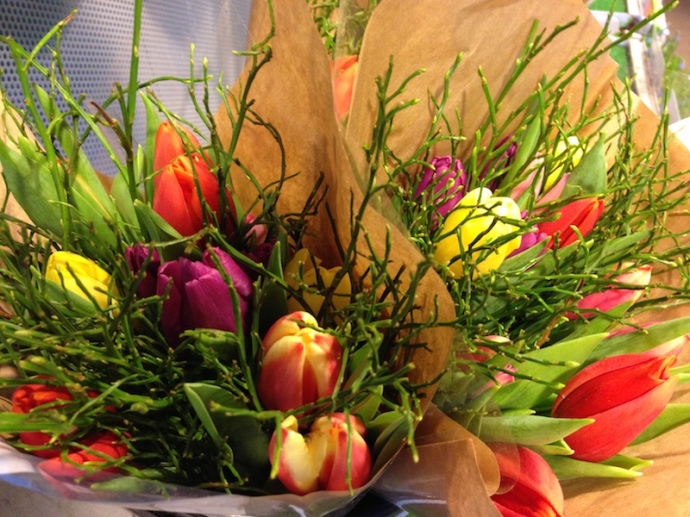 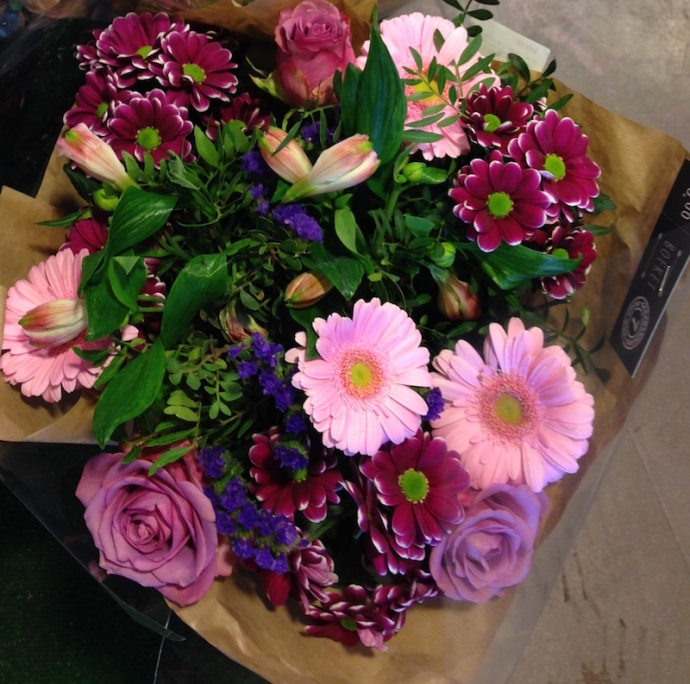 A bushel of flowers