Election day (Or: Strategic voting at its finest)

Wednesday we got to go vote for a new parliament/house of representatives and cabinet. A few months ago the coalition that formed our cabinet fell apart, forcing new elections.

First of all, let me explain how it works here. There are 150 spots in the parliament (or as we call it “tweede kamer” – second chamber) We go vote for one of the many parties that are vying for these seats or chairs as we often refer to them. There were 21 parties this time around iirc, but only 10 of them got a seat. 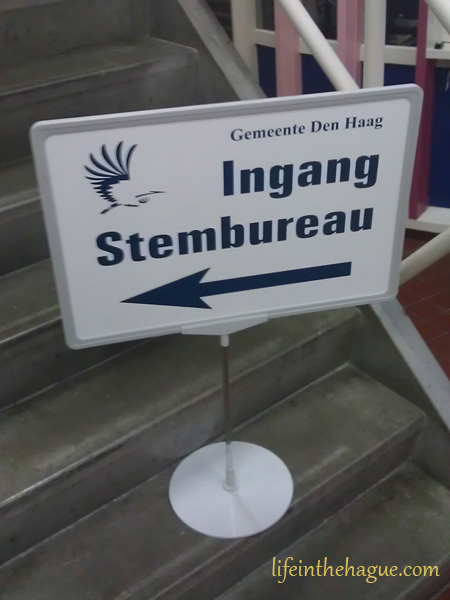 To be able to form the cabinet (the group of ministers/secretaries and prime-minister) you usually need to have at least 75 of the seats. It’s nearly impossible for one party to get this.
So they form coalitions. Which is not always easy, several parties have to try and come together, try to form a coherent plan etcetera. Last time around that took ’em six months or something. And well.. yeah the coalition fell apart after two years.

So we voted again yesterday. Interesting to me was that one party, the SP (socialist party) was doing great in the polls up until about three weeks ago. Since then they’ve gone from the predicted 30+ seats to 15, which is the same they had in 2010. It seemed that while their plans were alright, the party leader just wasn’t able to bring it across.

Compare that to the PvdA (partij van de arbeid, labor party) who did the complete opposite. They were around 15-20 seats a few weeks ago and soared to 38 in the end. Though I do think that they ended up with a lot of ‘strategic votes’.. Just like the SP they are (slightly) left wing.

From the get go it was obvious that the VVD (liberal party so slightly to the right) was going to be one of the two largest parties this time. So in the end, when the SP was in the ropes and the PvdA was a few seats behind the VVD..it makes sense to vote for the PvdA to make sure at least one of the left parties is close to them in size.

Anyways, they’ll start with the talks to form a coalition now.
We’ll see how that goes. It’s not always a foregone conclusion that the biggest parties end up working together.

4 thoughts on “Election day (Or: Strategic voting at its finest)”