Yesterday morning Marco and I tried out the waffle maker we got for Christmas from Marco’s dad and his wife. It is a Bestron “Sweet Dreams” waffle maker. It was an experiment – the dough might have needed to be slightly runnier in future attempts.

Marco modeling an almost finished set of waffles. This dough was sweet, however we also received a receipe from that described how to make a more savory version with ham and cheese. We also received a sample while at their house – it was delish (lekker)! 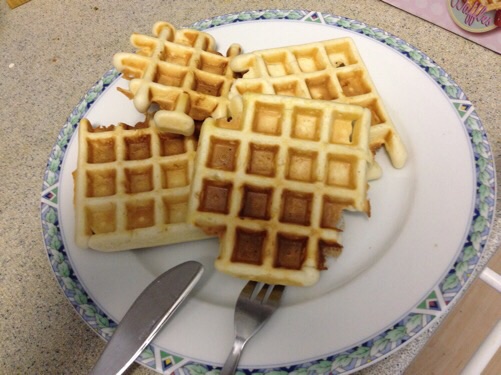 Some attempts above. It can be difficult getting the amount of dough you need to add just right – too little and it is not completely filled in, but too much and it runs over the sides. Messy business that!

I suspect our next attempt will be something savory. Yum.