Exploring Leiden (Or: Windmills and canals)

On Saturday Marco and I went to Leiden. It is a university city not far from The Hague (10-15 minutes by train). We first made a stop at the VVV office (tourist office) for a free city guide. Unfortunately it was pretty commercial in nature and it wasn’t quite as informative as the Dordrecht guide was (we paid €5 for that). However the Leiden guide did have three recommended walks in the back so we used that. You just need to keep in mind some of the streets it takes you down are store heavy…

My first picture was easily my favorite:

Not quite a typical color scheme but it really isn’t out of place either:

One of the old gates in Leiden, complete with the city’s symbol (two keys): 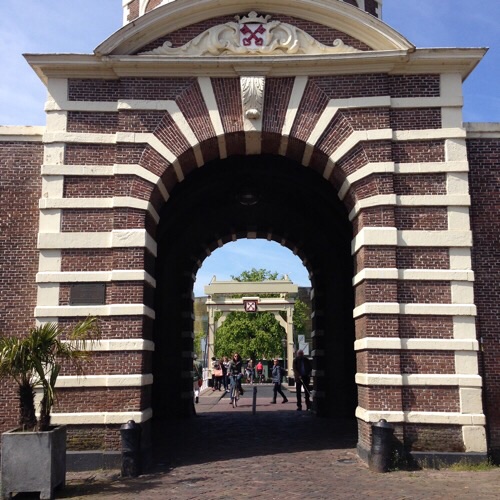 Another picture of the canals: 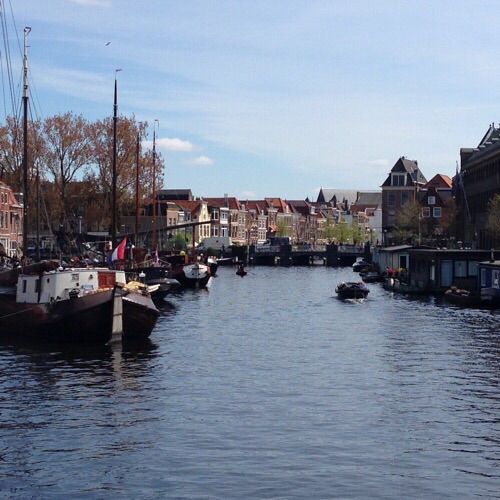 Apple pie! What can I say, it’s definitely Dutch. And it is interesting to see how it varies between cities.

One of the bigger churches in Leiden: 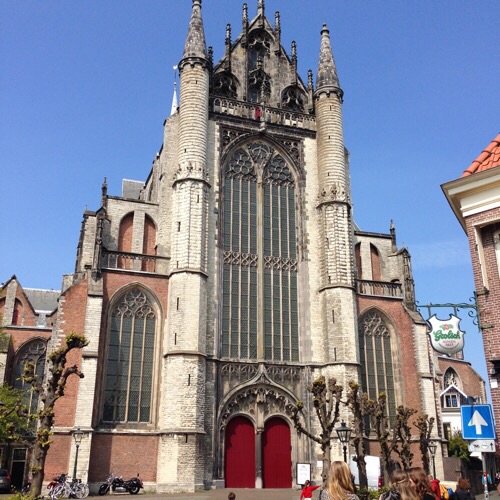 A bit of unexpected culture – a poem on the side of a building. We also came across a Shakespeare sonnet. 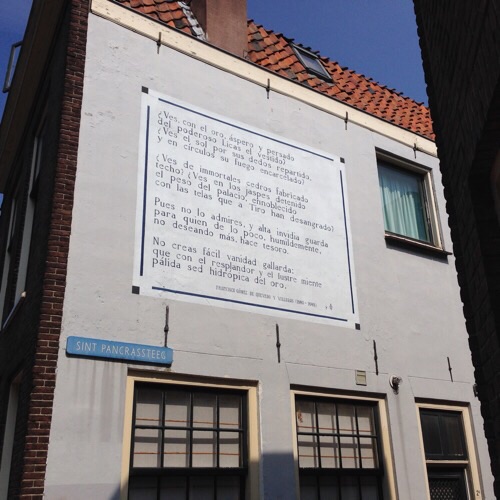 And lastly, another angle of the windmill from the first shot, taken near the end of the walk:

Marco and I also visited Bad Habits, an international pub mentioned in the city guide. At this place the alcohol flows freely and the burgers are delicious. For various reasons we ended up staying there for a few hours, outside in the sun. The weather was great…

4 thoughts on “Exploring Leiden (Or: Windmills and canals)”