On Saturday Marco and I went to an Indian restaurant on Molenstraat here in The Hague, Ramna restaurant. This was part of Albert Heijn’s “restaurant actie“. Over the summer you had a chance to get a restaurant stamp with every 10 euros you spend. Ten stamps could be turned in for a free three course menu for the second diner. We managed to do this 10 times (2 of which came from Marco’s father and his wife). Some Albert Heijn staff were more than generous with how many stamps you received – sometimes 4 or 5 instead of 1 or 2.

At this restaurant you were able to choose anything on the menu (in comparison to a Thai restaurant last year where you received a limited menu to choose from for the action). Here are some of the photos of what we ate: 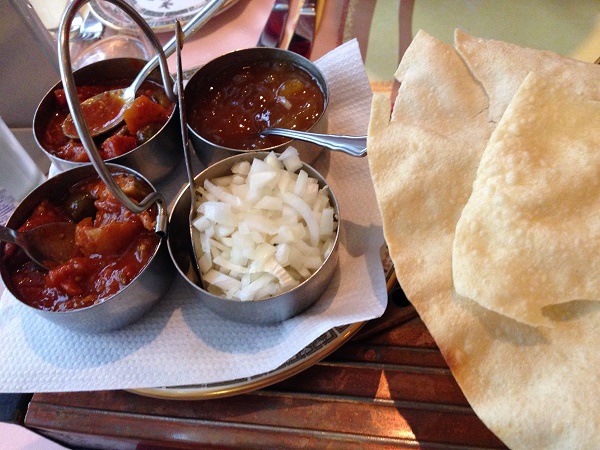 Above: First up, appetizers. Specifically, papadom – it is a thin sort of crunchy wafer which in this case was served with onions, a sweet and sour sauce, and two types of spicy chutneys. 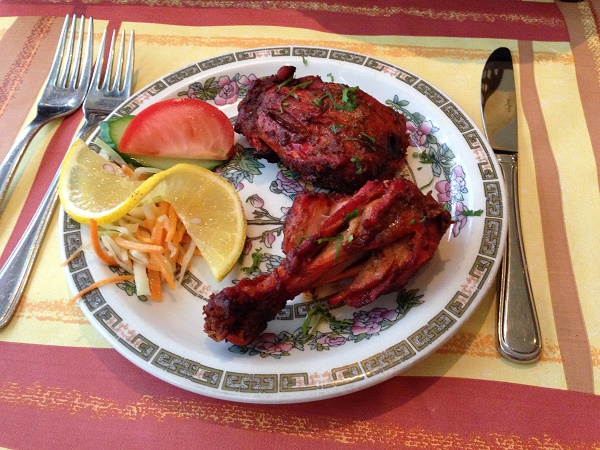 Above: My appetizer was tandoori chicken – which I totally wasn’t expecting to be reddish, though it is harder to see here. But it was tasty! 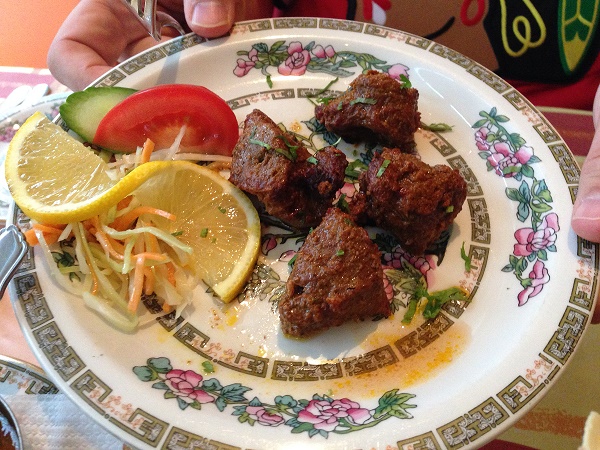 Above: Marco’s appetizer was lamb tikka. 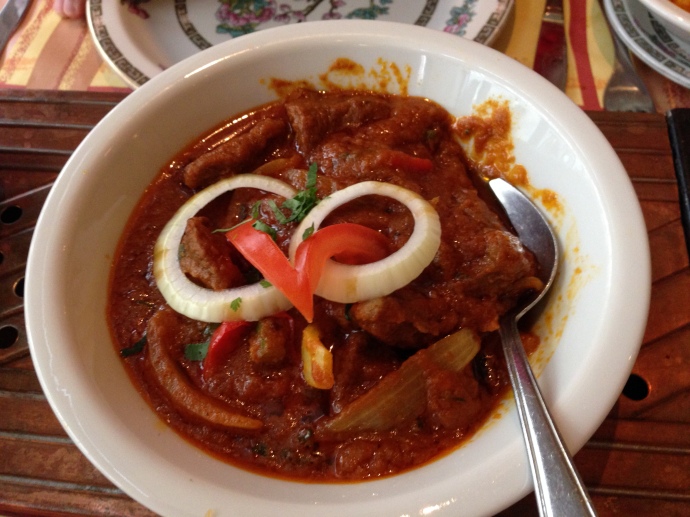 Above: My main dish was a dopiaza curry (lamb). I liked the addition of tomatoes and onions, also hidden in the sauce. 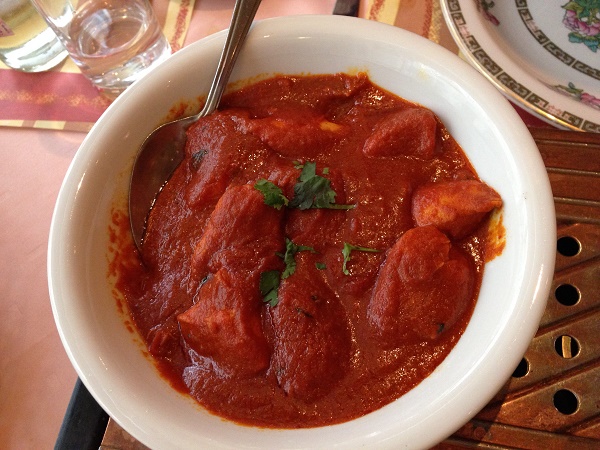 Above: Marco’s main dish was a vindaloo curry which the menu describes as “an extremely spicy dish with red peppers, coriander, ginger and garlic. Recommended for those who really enjoy fiery spicy curries. Additional chili can be added by request.” Interesting it looked rather safe – just like tomato paste. He survived, only ordering a second water near the end to finish it off. 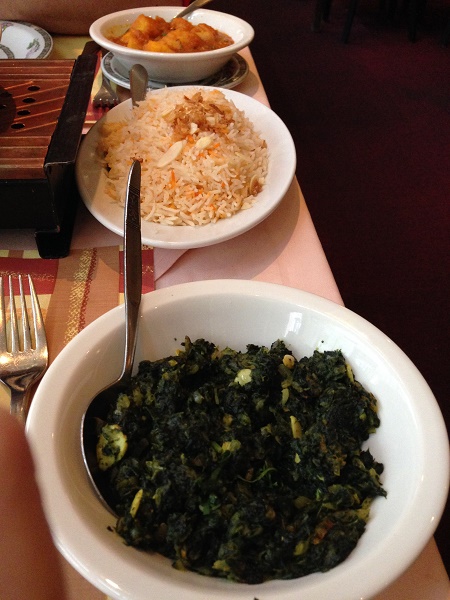 Above: As our side dishes Marco and I chose Shaag Aloo, which is fresh spinach and potatoes, as well as bombay potatoes (cooked in a hot curry sauce, though it didn’t seem that hot to me). The rice in the middle is always included. 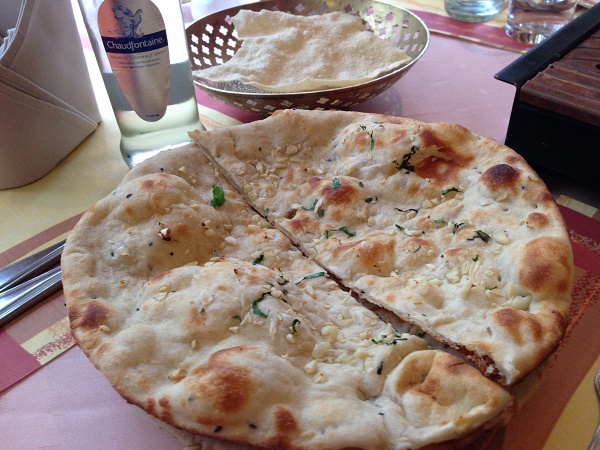 Above: Heaven! Naan brood – Indian bread baked in the Tandoor oven, in this case the garlic variety. I was definitely looking forward to this and it did not disappoint. I’ve only had the Albert Heijn version, which when heated in the microwave does turn rather greasy.

It was all in all a fun experience. I definitely recommend a visit!

One thought on “A Saturday night outing (Or: Sampling Indian food)”