Shopping in style (Or: The Haagse Bluf)

The shopping area ‘Haagse Blue’ is a sort of courtyard in the center of The Hague, enclosed by four streets: Dagelijkse Groenmarkt, Venestraat, Vlamingstraat and the Nieuwstraat.

This shopping space opened in 2001. Here’s a look at the entrance from Venestraat (by the corner of De Tuinen / Holland & Barrett):

Blue signs mark the entrance, but if you don’t know about it, it can be easy to miss. The entrance by Dagelijks Groenmarkt (and the Grote Kerk) is easier to spot. 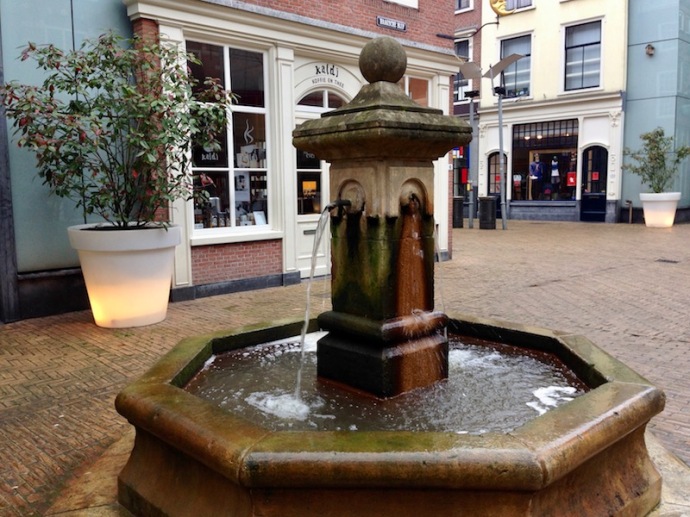 Fountain from the French Riviera; behind it is the tea-and-coffee company Kaldi. I’ll always remember them fondly for the one day they had iced chai latte! It was so delicious.

Different style facades, with a modern glass facade in between

The allure of this space is the various types of building facades – for instance there is a copy of the facade of the Pagehuis from 1681 and a copy of a 19th century facade from the Denneweg.

Passageway – in an English style

The name of this shopping area, Haagse Bluf, comes from a dessert consisting mainly of beaten egg whites and a bit of fruit juice. But the dessert is very light and mostly air – just like the Hagenaars who think they are just a bit better than everyone else. In that way the name of the shopping area pokes fun at itself.