Last night Marco and I went out to enjoy Koninginnenacht, or the night before Queen’s Day. (If you live in The Hague you should really drop the ‘t off nacht, but I digress.) In The Hague you have several stages set up throughout the center of the city, with 7 stages this year. You have various musical acts throughout the night, generally lasting 45 minutes to an hour each.

Even Google got into the Queen’s Day festivities…

Hovering over the Google logo gives you: Queensday 2013: Best wishes to King Willem-Alexander!

Marco said that a few years ago (or so) they made the cardinal mistake of only having a few stages and advertising a rather popular band to the main stage at some point in the night. The result was chaos as hundreds of thousands of people tried to converge on the main stage. Since then, they have increased the number of stages and used slightly less popular bands.

We took a moment to purchase some oliebollen (the inspiration for donuts, if you believe Wikipedia)

After that, we went to the stage set up in Grote Markt, which had three bands playing last night: Pinata, The Good the Bad and Skip&Die.

Of course, if you kept walking and circled around the stage, you could still get in from the other side (which wasn’t the main entrance that we took). 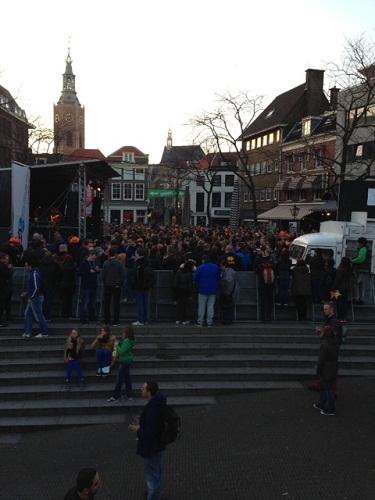 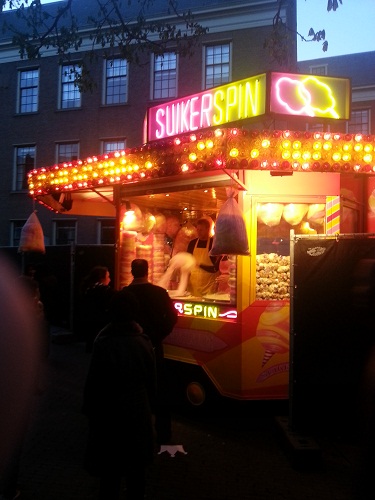 And then it was off to the Spuiplein, which had the following bands: De Kraaien, Re-freshed Orchestra (which we listened to – not bad), Claw Boys Claw, and Kensington. 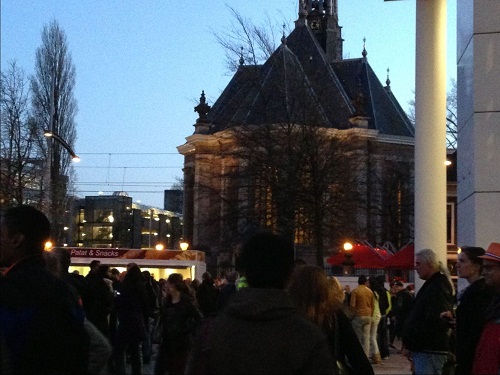 church in the background

And this is when I realized that they shut down most of the public transportation in the area (it did make it easier to not have to keep looking out for trams in both directions as you cross the many tram tracks!). There were just way too many people in the center of the city. A few of the trams were running though – the ones that use the underground tram tunnel mainly. 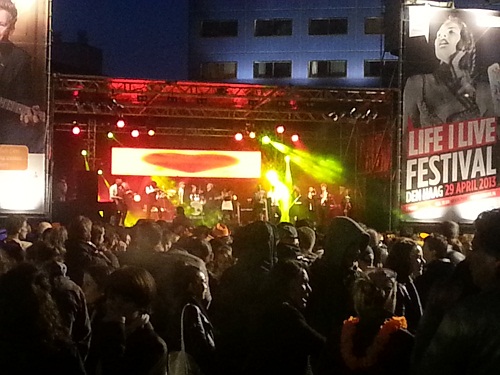 stage, with the “Life I Live” banner beside. This was by far the most open stage available, since there was a large plein (plaza) in front.

One of the more interesting things is that it is legal to have open containers of beer. We walked throughout the downtown area holding a cup, in fact. Everyone seemed to have a beer (or coke), although it was still early enough that you did see some young kids with their parents and even a few dogs (but not many).

Earlier in the night we took a picture of one of the many beer stands in the downtown area: 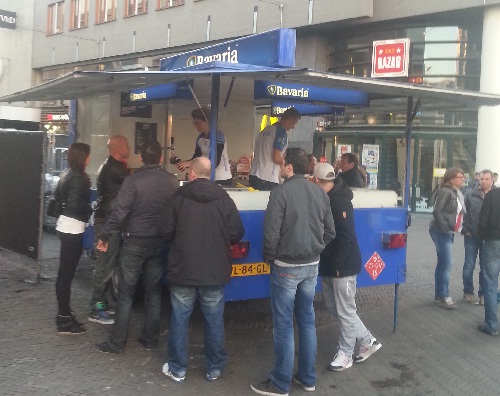 one of the many throughout the area

wearing orange, with a Dutch flag wrapped around his shoulders as well 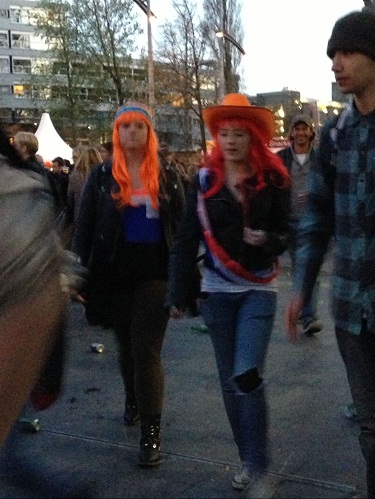