As mentioned in the previous post, on Thursday night I had a barbecue at my teacher’s house. I decided to make rice krispie treats (Marco and I had a lot of fun in the kitchen making them!) 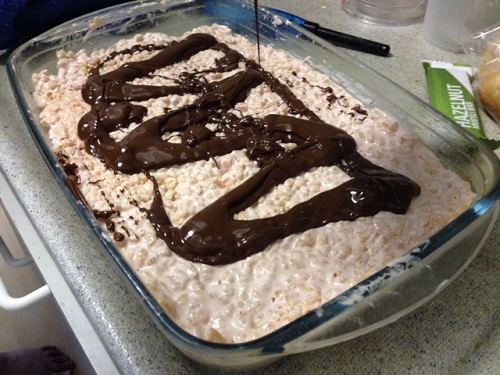 Above is a photo of one of the pans of rice krispies, after pouring the melted chocolate but before spreading it. Lekker!

My classmates definitely enjoyed it. Marco took most of the leftovers to work on Friday for his coworkers. I heard it was also a hit there (although one of them said he wanted to run up and down the hallway repeatedly after eating all that chocolate).

One thought on “Time for chocolate (Or: Homemade rice krispie treats)”