A busy weekend (Or: Events in The Hague)

This has been a very busy weekend in The Hague. Let’s see…

Friday: Shopping night in The Hague. I didn’t take any pictures myself, but the official website posted pictures up on Facebook. The theme for the night was Sand in the City. Although a lot of people (like Marco and I) just walk around, many of the shops are open to midnight. Generally shops in The Hague close around 6pm (maybe 7pm) except on Thursdays where most are open until 9pm.

Saturday: Night at the Park – traditionally the night before Parkpop in the Zuiderpark, this paid entry concert included Duran Duran, UB40, K’s choice and more.

Sunday: Parkpop – a free concert held every year (also Zuiderpark). Some of the names include Orchestral Manoeuvres in the Dark, Frans Bauer and more.

Also on Friday the FIVB Beach Volleyball World Championships began. Games are being held in The Hague as well as in Rotterdam, Amsterdam and Appeldoorn. The Hague will be hosting the finals as well.

Marco and I took a walk this afternoon getting some pictures of the volleyball areas:

Map of various tournament sites around the center of The Hague 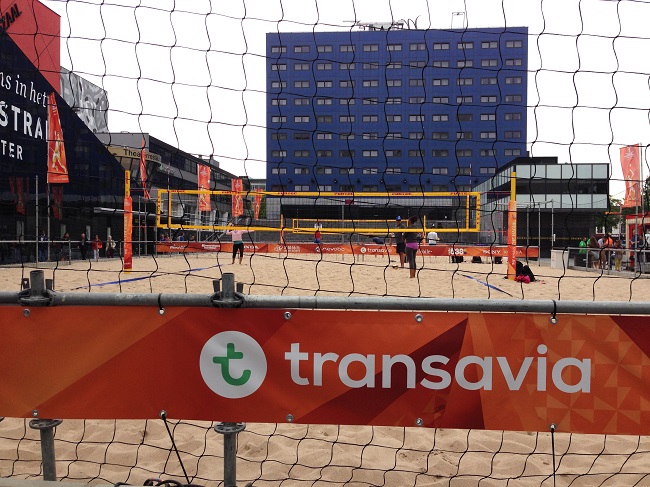 Warm up courts at the Spui

One of the courts was actually built in the water of the Hofvijfer by the Buitenhof. Cool! 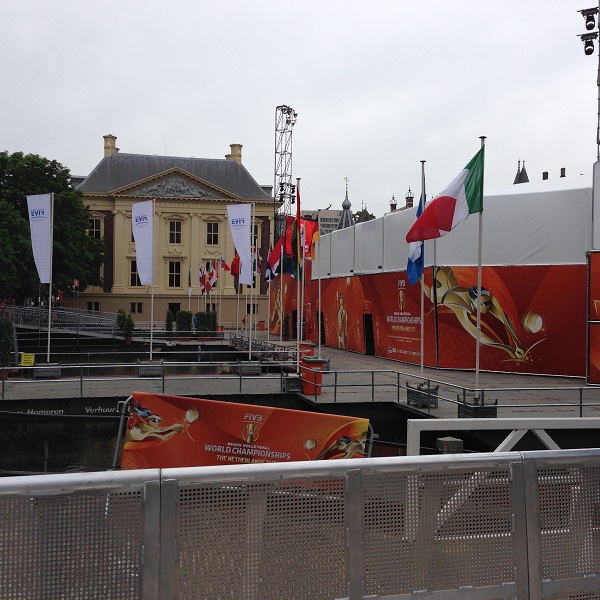 A look at the courts on in the Hofvijfer, from the other side.

Quite a busy weekend! And it looks like the temperatures will be rising next week (25C/77F or hotter, 31C/87F on Wednesday). Yay!