Guess what I am currently doing at 12:11 am? Watching the Super Bowl on our Apple TV via the CBS sports app!

The best part is that it is through CBS so you get access to the commercials as well. For a few years we had an NHL app and the commercials were blocked on there due to it being shown internationally.

Marco and I both have the day off tomorrow so we can stay up extra late, provided the stream cooperates. But it is fun to be able to watch NFL again, and fun to see the commercials. I’ve missed it. For a few years we could see the big game on Dutch TV but with Dutch commentary. It sucked. They spent most of the game explaining how football worked. (Looks like it is available again this year through Fox, still with the horrible Dutch commentary.)

But we will see how long this lasts. The stream keeps failing. Grrr. 🙂

Sixth day (Or: Back to American football)

Today was definitely a nice lazy day, with no one visiting.  We woke up a bit earlier than usual, though it was still difficult. I don’t feel that tired once I am actually out of bed though. I am sure sticking contacts on one’s eyes definitely helps!

Late in the afternoon, we made our way over to Albert Heijn, which is a bit crazy to maneuver through on a Sunday at 4PM. We just finished dinner, which was tomato soup with bread slices and hard sesame seed breadsticks. And now ESPN America has been turned on, to watch some NFL (football). The first game is Cincinnati Bengals at Pittsburgh Steelers, and after that it is the New York Giants at the Baltimore Ravens.

It definitely feels weird to watch football at 7PM versus the 1PM I am used to on the east coast. The day is already more than half over before football comes on! But otherwise it is okay. Depending on how late you stay up, you can watch almost all of the second game before it hits midnight. So one could definitely get a good dose of football if desired. 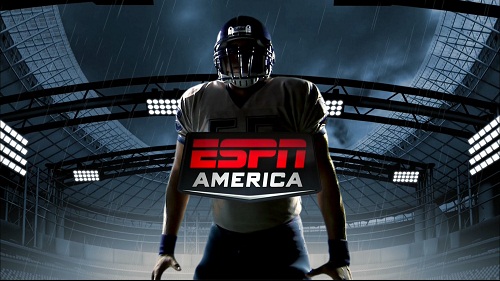 Football (Or: The squashed ball kind)

Ah! It’s the opening night of the NFL season again. Cowboys vs. Giants at the MetLife stadium. I have never been there – only the old stadium that the Giants and Jets used to share. That was an awesome night – Roger, Marco and I went to a Jets game vs the Cincinnati Bengals (the animal, not a bread product).

It was the last game of the regular season. It was the only game left on the schedule that had playoff implications. So NFL decided to use their flex scheduling option to move the 4:15PM game to 8:15PM. Did I mention the last regular season game for NFL occurs in early January?

When a coworker tells you to bring cardboard so you can step on it and insulate your feet, listen! It was 15-17F (-8C) most of the time, with a bit of wind. Yet, it was an unbelievable experience, too, as it was my first NFL game ever. For all of us. Since it was “win and get in” type implications for the playoffs, each fan received a rally towel to whip around their head like a maniac. I also remember Roger cheering like crazy. One of my stronger memories. That and the hot chocolate was only hot for about 1.5 seconds. And the few Bengals fans who came got a bit of ribbing and booing, but not that bad (thankfully).

But it was a shutout for the Jets. They won 37-0. The other team never even scored! The only problem was the high score meant that people started leaving early in the 3rd quarter (with one quarter to go), so the stadium emptied and the body heat dispersed. Yikes. 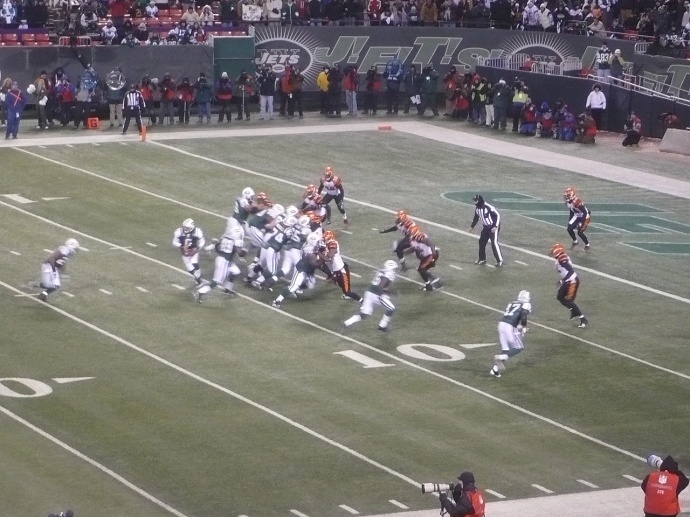 I will definitely miss the NFL games when I move. Marco does have ESPN America, but there is also the time difference to consider. But I will still be able to see a game on Sunday nights at least.