Artwork for the Tour de France, of course! The race is starting from Liege, Belgium this year, so their local mall used 450,000 sticky notes to create a collage of bicycle related art. 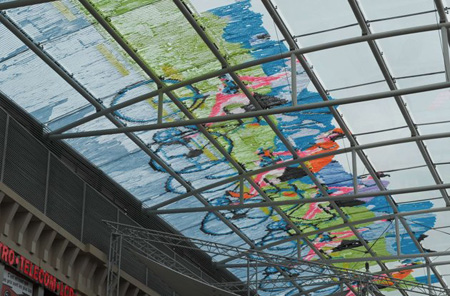 Of course, it would not be Belgium without the MediaMarkt store in the background of the next photo… MediaMarkt is also somewhat visible in the picture above (you can see the red text at the bottom). 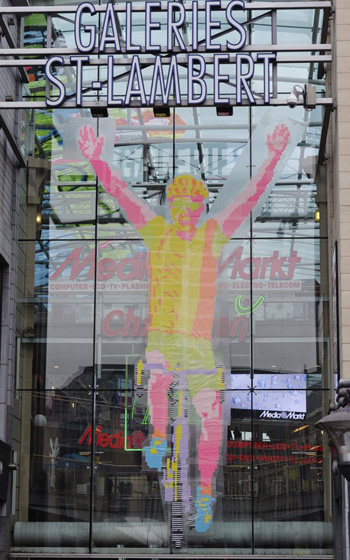 Of course, I don’t really follow the Tour de France. This is mainly because the television coverage isn’t that great in the States. Only two of the dates are airing on NBC. The rest will be shown on the NBC Sports Network. I heard that channel is $20 a month extra!