Two weekends ago a friend (Amy) and I went to the New York Renaissance Faire in Tuxedo, NY. 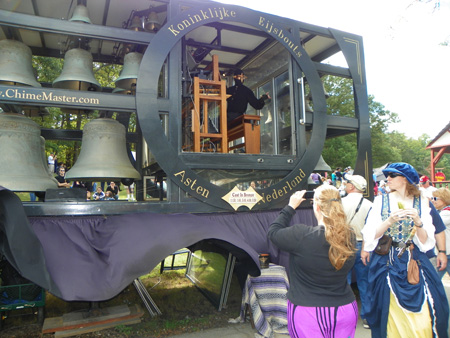 First up, we have the “Cast in Bronze” show, with the bells which were made in Asten (in the Netherlands). 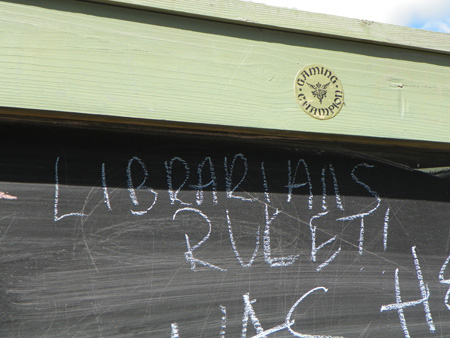 The message I wrote on the large chalkboard near the entrance. 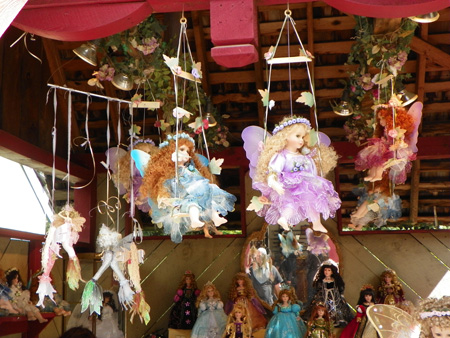 Then we came across a booth selling dolls and assorted accessories. 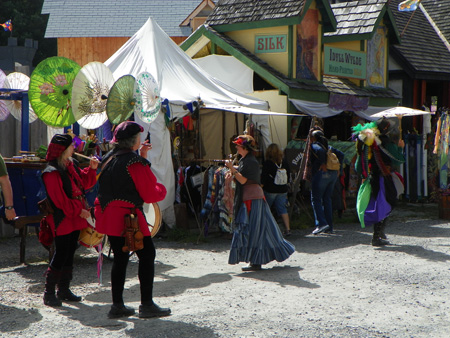 A random group of performers in the street. 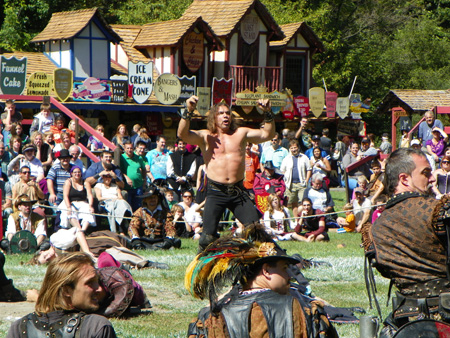 One new thing we did this year was catch a “chess” match. This one was the Sheriff’s chess match, and included characters from Norse and Greek mythology, I believe. While it started like a typical chess match (you can see the white squares and green grass squares where they could stand), it quickly dissolved into duels. The gentleman above represented Hercules. 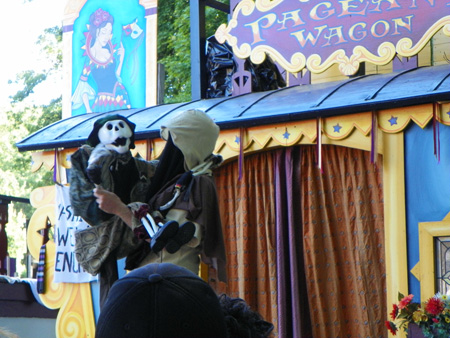 Finally, near the end we had The Dead Bob show. More funny than I expected it to be, and full of adult jokes. I would recommend it if you get the chance to go see it.