Present from some friends (Or: Kinetic sand)

Yesterday I went out to eat with some friends to celebrate getting my NT2 programma II diploma. My taalcoach (language coach – from SamenSpraak) arrived with some gifts. There were three of them. One book about Dutch language (puzzles to help you learn the language), one 2015 daily calendar from Onze Taal (“Our Language”) and a third wrapped gift that was weirdly heavy.

Weird but cool! I got kinetic sand. Check out this YouTube video. 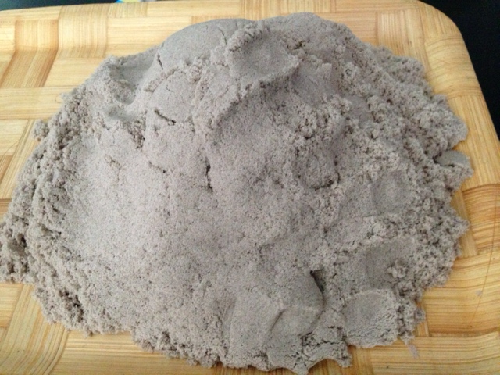 Looks like ordinary sand in the photo, no? Not quite. The sand particles only stick to themselves, which mans that it moves in clumps rather than separately. It looks really cool. Marco has already started playing with it a bit. Here was his first attempt: 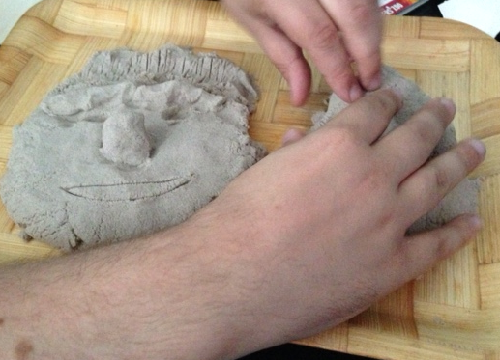 And check out this picture to see how it moves together: 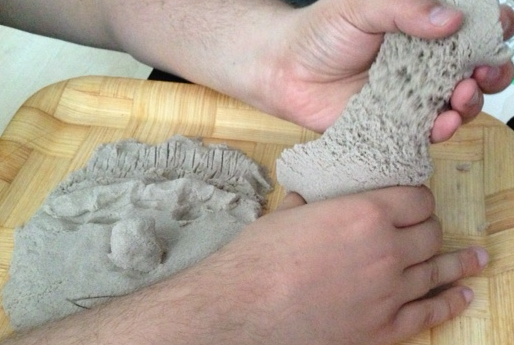 Note the pictures above show only half of the sand we were given; it was easier to keep the amount smaller to test what it looks like.

5 thoughts on “Present from some friends (Or: Kinetic sand)”