Irodion, Greek restaurant in The Hague (Or: Desserts and city views)

A few weeks ago Marco and I went to a Greek restaurant with my father-in-law and his wife. We went to Irodion, a restaurant which has recently re-opened on the Grote Marktstraat (it used to be at another nearby corner, but construction forced it to move so it was closed for a time). They have a snackbar on the ground floor and a restaurant on the first floor.

The best thing about the restaurant is the view of the Grote Markt plein. (It looked like most of the tables next to the window were four seaters, so keep that in mind.) 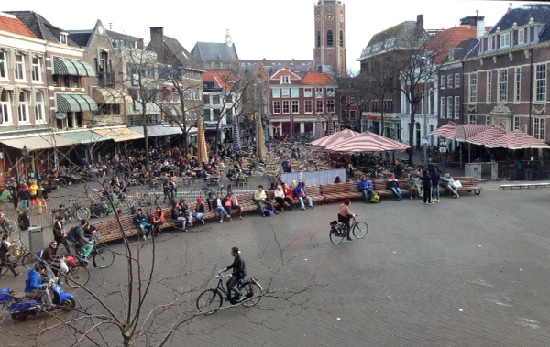 And here is a look at the bar: 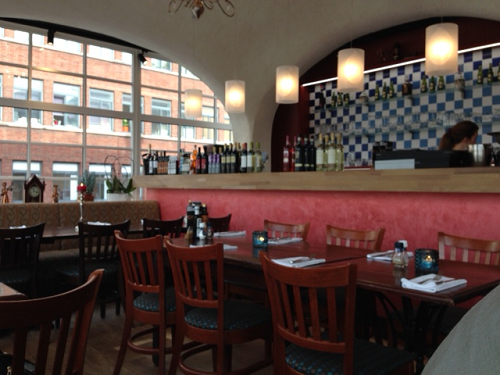 The food was comparable to the Greek restaurant we usually go to, Athene. In both places you generally have the option of a salad bar to go with your meal, plus the typical Greek choices. If anything this menu was a bit easier to get through, as they had less combinations listed (though the same food on offer). Athene does give you a complementary chilled shot of ouzo, a licorice alcohol served as aperitif.

The desserts were pretty nice. First the dame blanche: 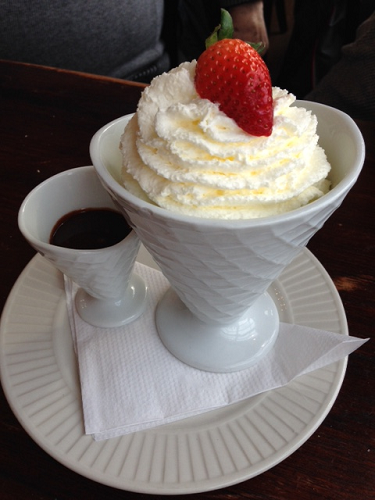 There is so much whipped cream you can’t even see the vanilla ice cream! And of course it comes with a rather generous serving of chocolate sauce to pour on top.

Here is the baklava dessert: 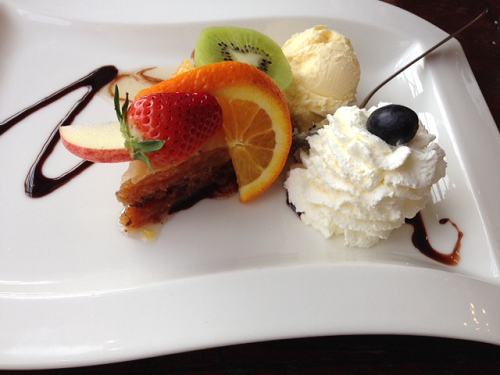 The cool thing about the presentation is the orange slice, although it is hard to tell why from this angle. It is a full orange slice cut in half so that one half is draped on one side and the other on the other side, with the peel connecting the two sides.

One thought on “Irodion, Greek restaurant in The Hague (Or: Desserts and city views)”