Thursday was King’s Day in the Netherlands, a holiday to celebrate King Willem-Alexander’s birthday. Or to just enjoy a nice day off…

But the real fun happens the night before, as The Hague organises a festival called The Life I Live. I have written a few blog posts about it, including last year’s rainy celebration and the 2013 celebration (back when it was Queen’s night; the last one as Queen Beatrix addicted the throne the next day). 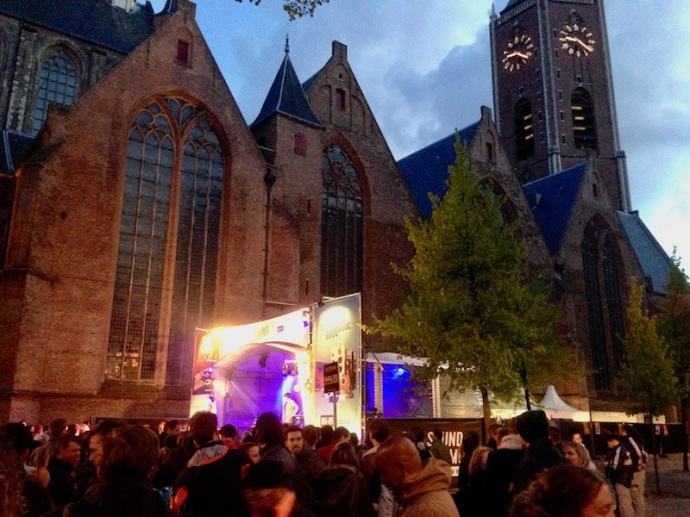 One of the many stages, set up at the Kerkplein (by the Grote Kerk)

Like last year, there was also an area set up for street art. This year’s theme must have been Mondriaan-inspired as there was a lot of primary colors in block formation.

A look at another side, which had just been started:

And the last side – Marco’s favorite – a Mondriaan-inspired Transformer!: 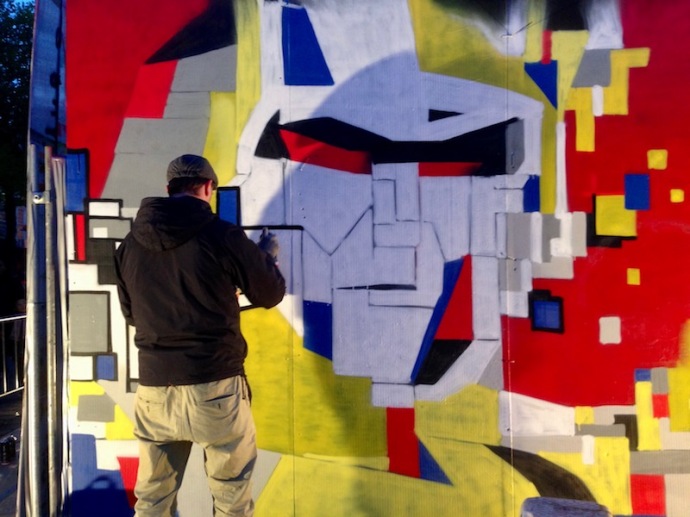 Luckily the rain held off this year. It was cold – colder then even Christmas! – but bearable.