Food trucks and hockey (With: Some culture in between)

Towards the end of the week in the Washington, DC-Indianapolis vacation, we spotted some food trucks, went to a Washington Capitals hockey game and toured the US capital. Two days packed with food and culture! 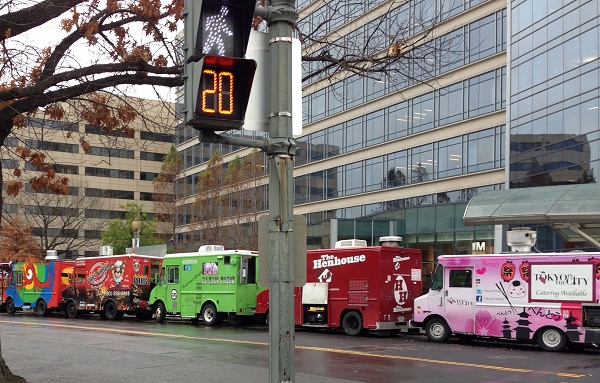 That was on Thursday morning. After that we went to the National Archives and saw, among other items, the Declaration of Independence and the Bill of Rights (no photos allowed, but that’s what Google Images is for). Then we went to the Newseum, a visit I can definitely recommend – especially the FBI section. They had various items, including the cabin where the Unabomber stayed and the SUV from the attempted Times Square bombing a few years back.

Thursday night Marco and I went to the Washington Capitals hockey game against the Dallas Stars. It was a lot of fun, especially since we weren’t rooting for either team. A good thing to, since the home team lost… 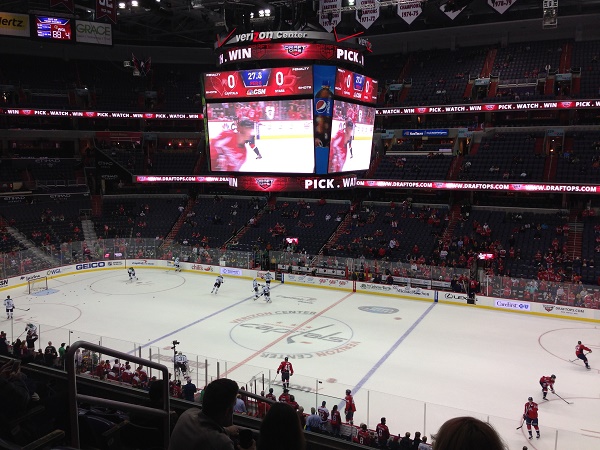 On Friday I had arranged tickets to the US Capitol tour. That was also a very interesting tour, which began with a very pro-America, very patriotic video (of course). The highlight was the National Statuary Hall, of which below is an example: 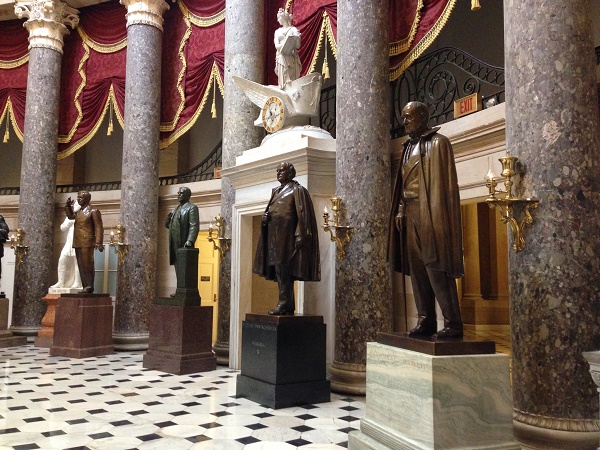 Each statue is allowed to donate two statues. The only rules are that the statue must be of someone who passed away and they must be made of either marble or bronze. The statues can be replaced with a different person’s statue as desired. In the middle with the black base is a statue from Nebraska of William Jennings Bryan.

There’s also an unmarked, empty grave in the middle of the rotunda. The intention was that George Washington and his wife Martha would be buried there once the capitol was completed, as the literal foundation on which the nation was born (the tour guide’s words). Unfortunately, they died about 30 years before the Capitol’s construction was complete and their family did not want them disturbed once the Capitol was ready. 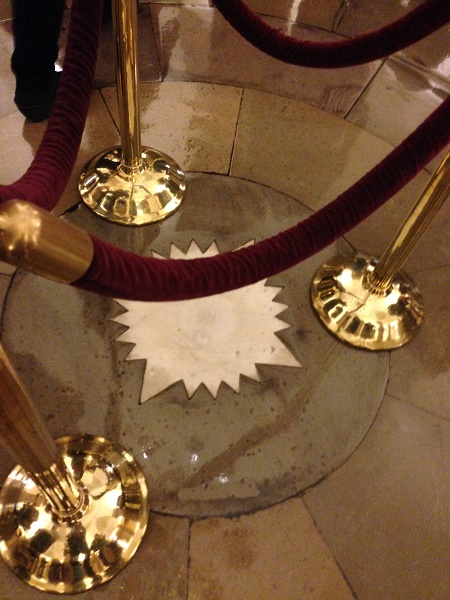