Unexpectedly expected (Or: The passing of Chuck Deely)

I found out tonight that Chuck Deely passed away Monday night. And who is he? A street musician that played outside of Central Station as well as in the Grote Markt (by C&A or sometimes by Bijenkorf). He’s actually an American, born in 1954 in Detroit. The story goes that he moved here for love many years back, but it didn’t work out. He stayed, playing music on the streets to pay the rent. 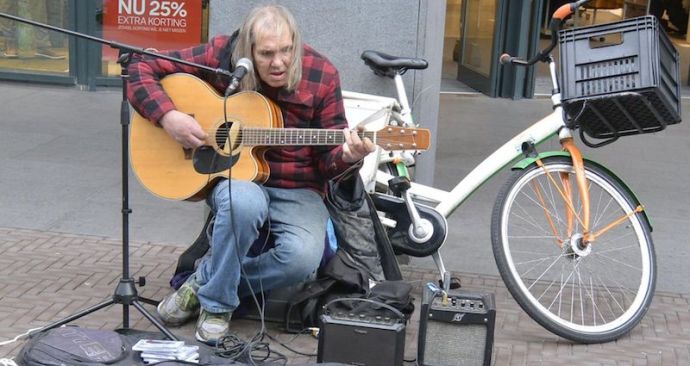 I didn’t know him personally, having only donated a few euros to him occasionally. The last time I donated was last month, and I overheard him telling someone else that he was not feeling well. Apparently he was hospitalized shortly after that, and then again in January.

It was always fun to hear the songs he was playing and Marco would sometimes stop to listen to his guitar solos. Music isn’t my strong suit so half the time I would end up asking Marco what Chuck was playing now. My favorite song he’d play was Hotel California by The Eagles. 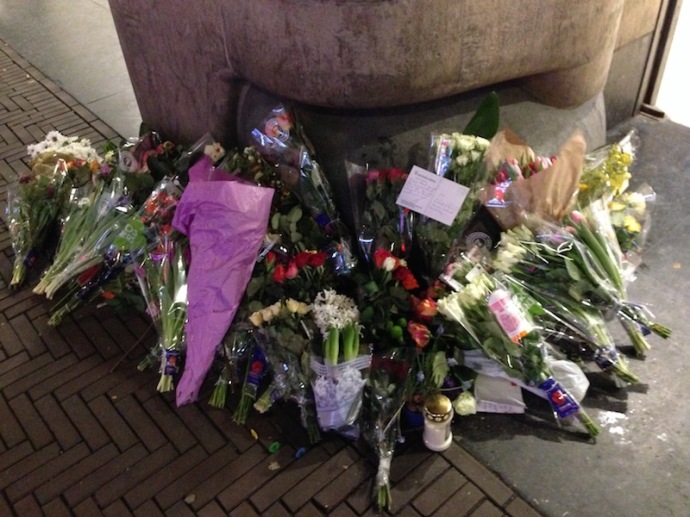 Flowers outside of the Hema/Albert Heijn, one of the spots he would play at 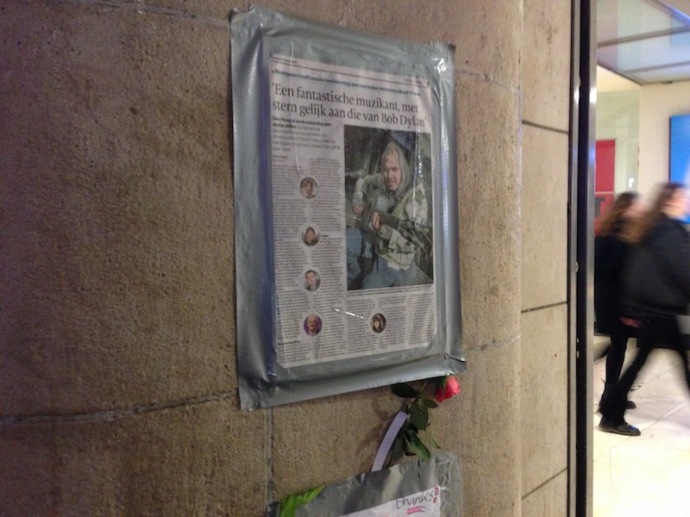 Newspaper article taped to the wall, above the flowers

There is currently an unofficial Facebook action to build a monument in his honor somewhere in the Grote Markt, but only time will tell if that happens (or what exactly the monument would look like).

It is weird – I’ve only been here four years but I can’t imagine not seeing him or hearing his music anymore. Thanks for the tunes, Chuck!

Edited Sunday 29 January to add pictures of the memorial at Central Station:

And a close-up of the mini guitar (on the right side of the above picture): 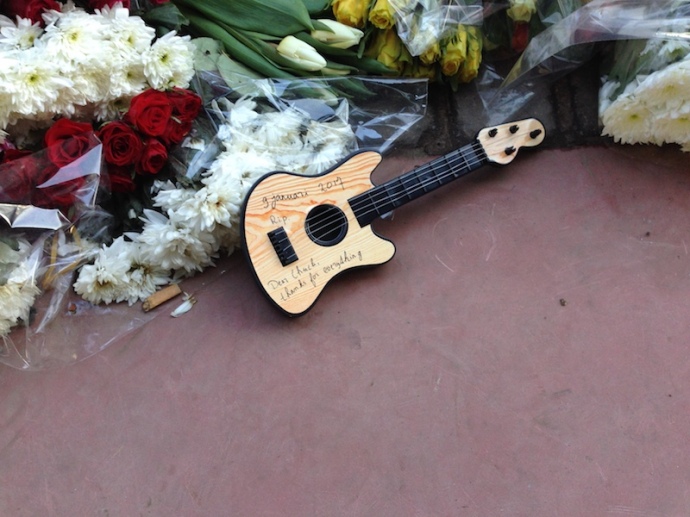 3 thoughts on “Unexpectedly expected (Or: The passing of Chuck Deely)”