Recently Marco and I explored the neighborhood (Rabbijn Maarseplein) just outside of Spui/Grote Markt, past Hema. I came across a statue of a woman: 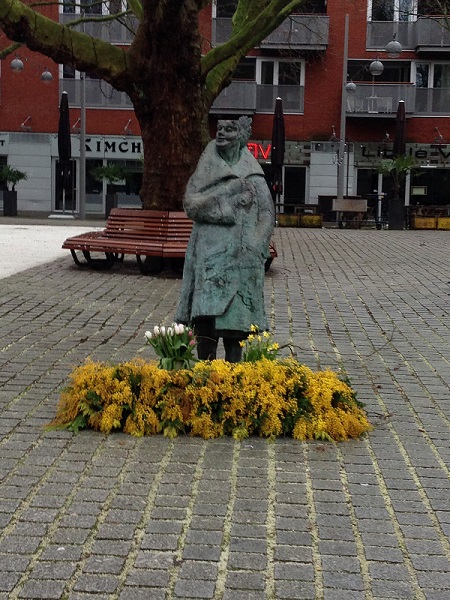 I am not sure why the flowers are there, but I suspect it has something to do with World War II. There is also a nearby monument to Jewish children who perished due to the war. Amsterdam’s public transportation was recently stopped for one minute to remember the February 1941 strike in protest of the prosecution of Jews (Dutch | English).

But I am actually not finding much about the statue of the woman online. Does anyone know anything further?

3 thoughts on “Remembrance (Or: Flowers by statues at Rabbijn Maarsenplein)”